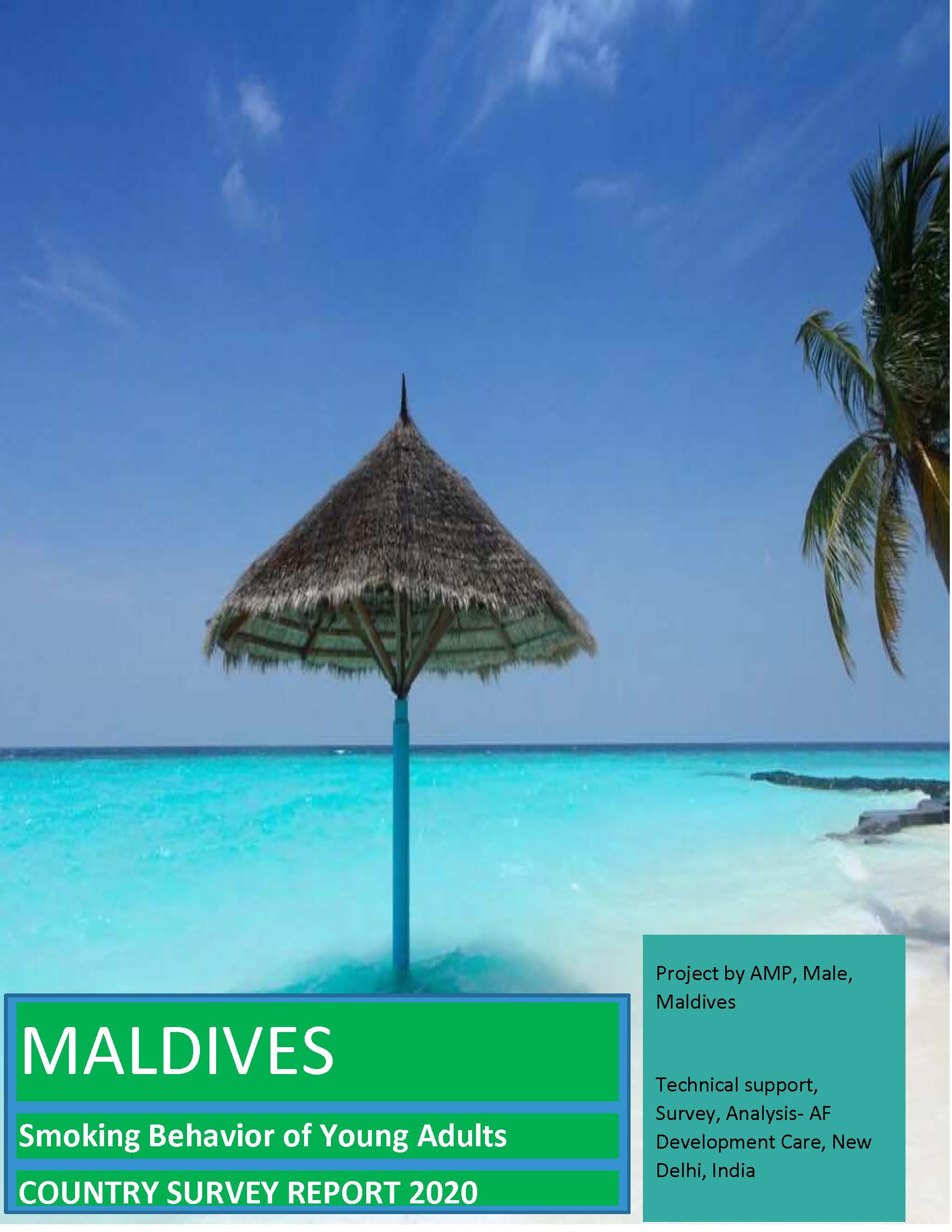 Executive Summary: The Maldives Youth Tobacco Survey (MYTS) was conducted in November, 2019. MYTS is a global standard for systematically monitoring the consumption of tobacco among youth and recognizing crucial factors of tobacco prevalence. The 2019 Maldives MYTS employed a two-stage cluster sample design to produce a nationally representative sample of young adults, aged 18-34, which are taken from randomly public and private schools, colleges, Universities, other public places. In the first stage, schools, colleges, Universities, public places are randomly selected. The second stage pursued the selection of youth who are in the range of 18-34 years and smoke. The MYTS was conducted in Male and Hulhumale, and other 6 locations in the Maldives. 50 % of the sample is taken from Male and Hulhumale, and 50% of the sample is taken from the other six regions based on the population share. A total of 2000 respondents participated in the MYTS. The questionnaires were on the demographic behavior, family structure, smoking behavior, and three factors predisposing factors enabling factors and reinforcing factors, which include current and ever smoker. The questionnaire was administered by 11 researchers.

86% of the sample (1732) was identified as current smokers, and the remaining 14% of them stopped or quit smoking. The survey finds that young people started smoking between the ages of 12 and 20 years, with the average age of 18 years. There are few smokers who initiated smoking after the age of 20. The study also finds; 80% of all current smokers are 30 years old or less. For the entire sample, the mean number of cigarettes smoking was estimated at 14.4 per day, ranging between 1 and 40 cigarettes among the current smokers. The average consumption of 14.4 cigarette sticks for day is really worrying. The estimated average number of cigarette consumption is even larger than that of daily smokers in the 2011 survey of WHO FCTC. Hence, it is very essential to take measures to control smoking among youth adults in the Maldives. The female smoker was 13% of the sample, which is higher comparing to the 2011 survey of WHO FCTC. These features show that the prevalence of smoking is a stressing issue among the Maldives ‘youth which has to be addressed with priority.

Among the demographic characteristics, age, gender, and disposable income are associated with current smokers. As the age of the youth increases, the likelihood to be a current smoker decline. However, the intensity of smoking increases with the age which could be due to rising disposable income. There is a gender differential impact on the smoking status on the youth. The variable related to the belief that smoking is not harmful if one exercises or is strong and healthy has a positive impact on the current smoker. Hence, counteracting this belief should be a public health priority to deter the youth from smoking and also motivate them to quit smoking. As a tobacco control measure, the government should devise rules and educate adults and household to restrict the youth to access cigarettes.

Further, the study finds that, the youth whose parents do not accept them to smoke are less likely to be current smokers. Similarly, the attitude of teachers and peers affect smoking status. This gives an important message that as long as smoking is considered as the norm or social status in a society, it is difficult to deter youth from smoking. The adults’ awareness and their attitude can save their children and future generation from smoking. Following policy recommendations can be suggested from this survey.

This is worrying to find in the survey that among the current smokers there are only 44% know that cigarettes contains 4000 potentially harmful chemicals, only 12% believed that smoking affect fetus, 61% knew it causes cancer, 62% of smokers perceived that the depth of inhaled cigarettes causes lung cancer, 63% perceived that quit smoking is difficult. There are a smaller number of youths in the survey recognized that risk increases with the intensity of cigarettes smoked and the duration of smoking increases the possibility of lung cancer.

Among the reinforcing factors, 59% of current smokers live with at least one smoker at home, 45% of their father smokes and 34% of their siblings also smoke and 94% of their friend’s smoke. The youth have developed number of misunderstanding on smoking. 40% smoked for weight control, 39% smoked to get better grade and make life easier, 37% smoked to increase concentration of study. The youth whose parents do not accept them to smoke are less likely to be current smokers. That means the parents’ attitude to trouble their children if smoking is found to be a deterring factor. Similarly, the attitude of teachers and peers affect smoking status. This gives an important message that as long as smoking is considered as the norm or social status in a society, it is difficult to deter youth from smoking. The adults’ awareness and their attitude can save their children and future generation from smoking. Following policy recommendations can be suggested from this survey.  The legislation should be placed to regulate the content of the cigarette advertisements as 51% of current smokers had come across such advertisements.

Although some public places are banned from smoking as per the Tobacco Control Act 2010, still much more stringent laws like Canada and Thailand are required to reduce smoking prevalence. For example, private offices and restaurants, etc. are not restricted from smoking in the Maldives. Educating the public and public health message on the increasing risks of smoking, benefits of not smoking, smoking addiction, the difficulty to quit smoking and the effect of the danger to non-smokers might deter the youth from smoking.

As the enabling and reinforcing factors, advising parents to disapprove the smoking, not to entertain smoking among their children by giving them cigarettes, also taking account of their pocket money expenses whether they are spending to buy cigarettes and parents themselves setting an example by avoiding smoking would be another strategy worth considering. This will affect their children and their children’s friends which will ultimately change the perception of smoking. The policy that can reduce the belief that smoking is acceptable and normal will likely deter youth smoking. The pocket money or disposable income was another crucial factor that affords them to buy cigarettes. Finally, selling cigarettes in pieces also helps them to smoke. The policymaker and the parents should give appropriate attention to these factors.

We maintain academic standards towards sampling methodologies, in complex and challenging contexts. Our research teams are trained to implement advanced sampling strategies, including standard stratified sampling 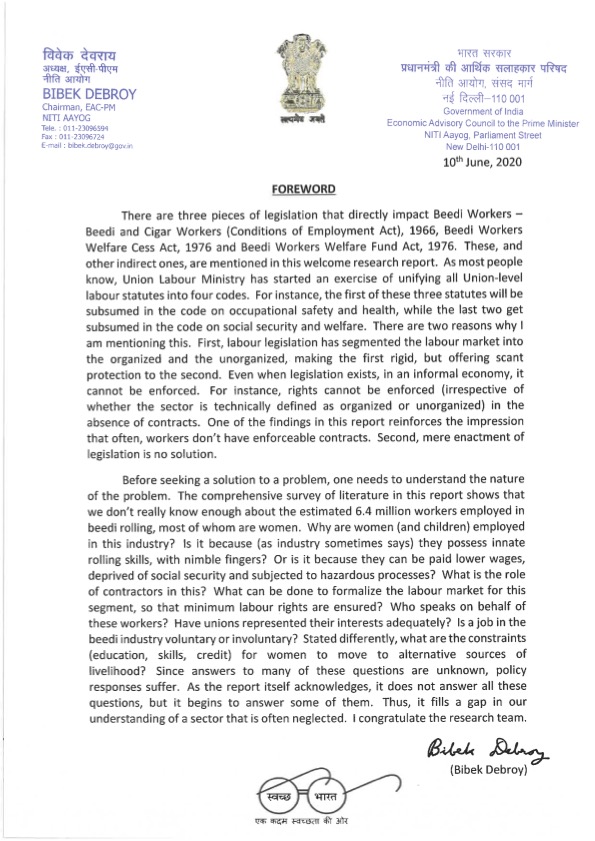